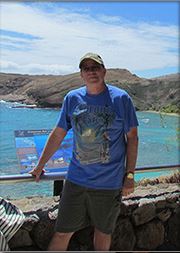 Michael Raff was born and raised in Chicago, Illinois. Late at night when he was seven years old, he watched "Abbott and Costello Meet Frankenstein," peeking out from behind a couch. From that moment on, he was hooked on anything that had to do with the horror genre. He fell in love with writing at thirteen. He took creative writing courses at Cypress College, after moving to California. Oddly, he never wrote horror stories until 1983 when on a lark, he wrote The Door. It was the first of his stories published in 2013 in his horror anthology: SEVEN: Tales of Terror. Since then he has written additional anthologies: Shadowland, Scare Tactics and Shreds.  He has also written two novels: Stalkers and Skeleton Man. Michael's stories are a testament to his imagination and writing talent. He's truly a master of the macabre.
​
http://www.mraffbooks.com 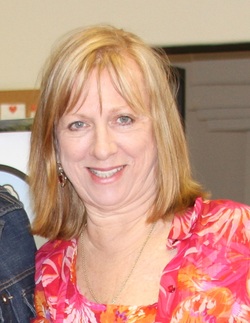 ​Roberta L. Smith was born in Los Angeles and raised in Downey, California. As a child she loved to watch scary movies. From the greats like Frankenstein, Dracula, and The Uninvited to the "B" movies like She Demons, The Crawling Eye, and Frankenstein's Daughter, she watched them all. And when she discovered the classic book, Rebecca, with the "haunt" factor of a woman who is dead still controlling the living, well, that was the sort of thing she wanted to write.

Roberta is a supernatural mystery author. Her novels are filled with realistic characters caught in the clutches of supernatural and ghostly happenings.